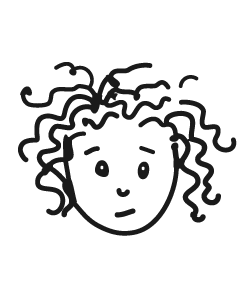 After I realized that I was living with a serious medical problem, I talked with my doctors to find some solutions. I wanted to know how serious the issue was, so I began working harder to sort things out. I was able to completely change my daily routine, and before I knew it, I felt like things were moving along a little more smoothly. I felt like I had more energy, and it was amazing to see just how much of a difference the right medical care really made. I wanted to make a blog all about improving healthcare, so please enjoy.

Inflammatory bowel disease (IBD) is a poorly understood group of conditions affecting the gastrointestinal system. Increased knowledge of IBD will help you identify symptoms and can make it easier to understand what a loved one is experiencing.

IBD is often confused with irritable bowel syndrome (IBS), although the two conditions have few symptoms in common. The major difference between IBD and other conditions of the gastrointestinal system is that IBD is inflammatory, meaning it is caused by an abnormal response of the immune system. Much like other autoimmune diseases, IBD occurs when the immune system begins to attack the healthy tissues for unknown reasons. IBS is considered a functional condition and may be triggered by any number of stimuli, such as hormones, certain foods, and stress. Although IBS can severely impact a person's life, it typically does not cause damage like IBD.

There Are Two Types

IBD is divided into two types: Crohn's disease and ulcerative colitis. Crohn's disease can affect the gastrointestinal system anywhere from the oral cavity to the anus, although it most commonly affects the small intestine and the beginnings of the large intestine. The condition causes chronic inflammation throughout the lining of these organs. Inflammation can affect the entire thickness of the intestines, leading to fistulas and/or perforation. Additionally, the inflammation does not always cause damage in a continuous manner. There may be areas of inflammation next to healthy areas of intestines. In contrast, ulcerative colitis causes ulcers to form in the colon (large intestine). This damage is confined to the lining of the colon.

Although several gastrointestinal ailments can mimic IBD, it is important to evaluate any severe or persistent symptoms to determine their cause and receive proper treatment. With autoimmune diseases, it is generally better to start treatment in the earlier stages before significant damage occurs. The goal is to reduce flare-ups of the disease. People with IBD typically have flare-ups of severe diarrhea that might also contain blood. These episodes also occur with substantial abdominal cramping and pain. As a result of diarrhea, those with IBD might lose weight because they do not feel like eating or in some cases experience nausea and vomiting. Nutrient deficiencies are also common with frequent diarrhea. More widespread symptoms, such as fatigue, fever, and generally feeling unwell, is common.

Better understanding of IBD will help more people realize it is a serious autoimmune disease. Additionally, knowing the symptoms can help you identify severe problems when they may be easier to manage with medication.